PalaeoArc:
Processes and Palaeo–Environmental Changes in the Arctic:
From Past to Present 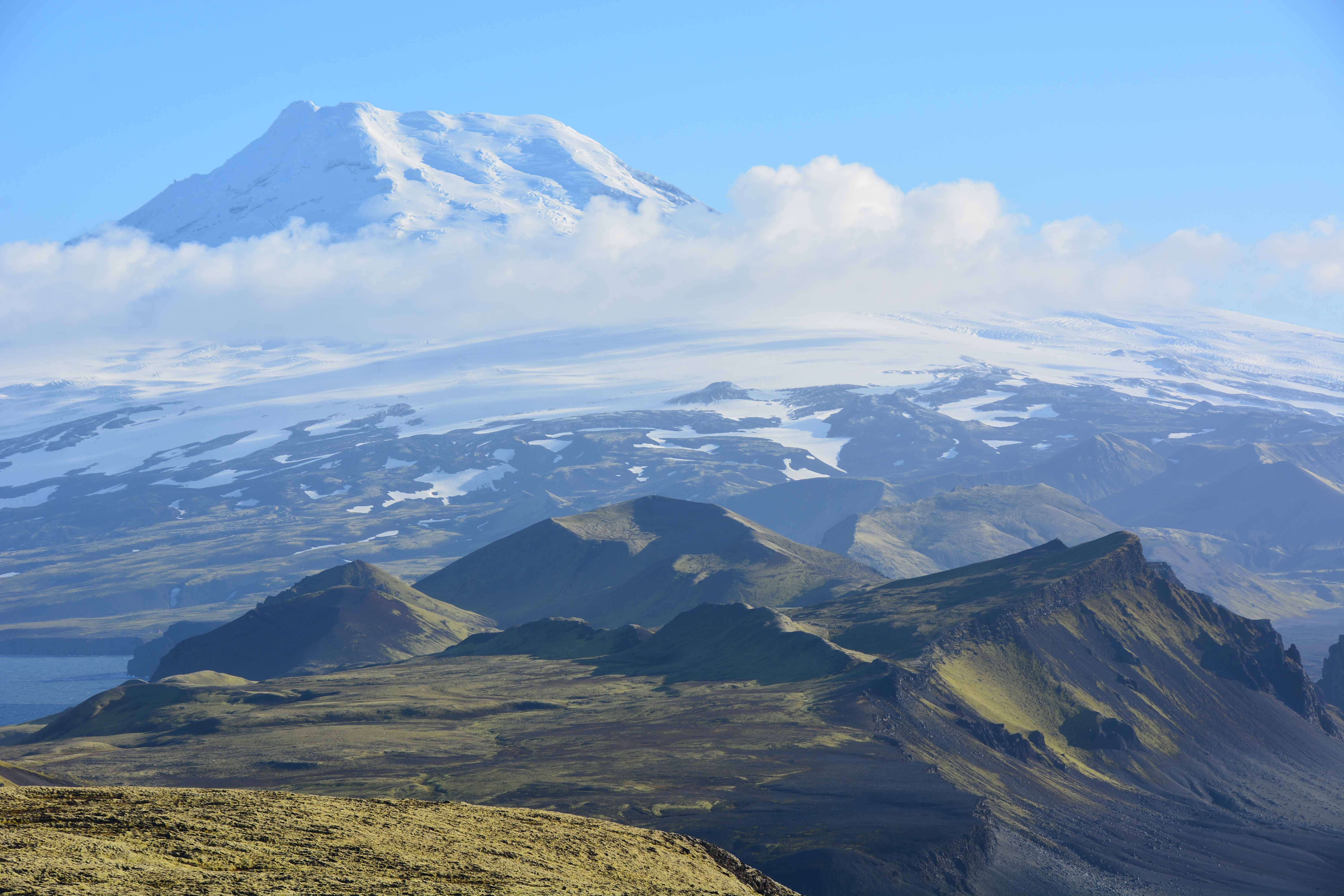 PalaeoArc is an international network research programme. The scientific goal of this six-year programme is to understand and explain the climatically-induced environmental changes in the Arctic that have taken place throughout the Quaternary and continue in the present-day. There are four major themes to the programme: 1) the dynamics of Arctic ice sheets, ice shelves and glaciers; 2) the dynamics of high latitude oceans and sea ice; 3) the dynamics of the terrestrial environment and landscape evolution; and 4), the climatic response to, and interaction between, these different parts of the Arctic system. A further underlying rationale for PalaeoArc is that knowledge of past environmental processes and change in the Arctic are key to understanding the present and future of the Arctic, and vice versa.

As a research network, PalaeoArc strives to bring together and build bridges between scientists from different countries and career stages, and from different disciplines in Arctic science. This includes marine and terrestrial researchers, working either with field data on numerical modelling approaches.

PalaeoArc builds on and extends the legacy of previous network programmes that include PAST Gateways (Palaeo-Arctic Spatial and Temporal Gateways), APEX (Arctic Palaeoclimate and its Extremes), QUEEN (Quaternary Environment of the Eurasian North) and PONAM (Polar North Atlantic Margins – Late Cenozoic Evolution). A key focus of the network’s activities is an annual international conference that brings together Arctic scientists from a number of disciplines and typically includes an excursion. The network is led by an international Steering Committee representing nine different countries.

We are pleased to invite you to the

´Processes and Palaeo-environmental changes in the Arctic:
from past to present̕

Download the abstract volume by clicking on the link 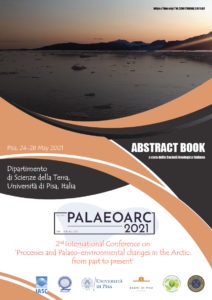 Download the abstract volume by clicking on the link below 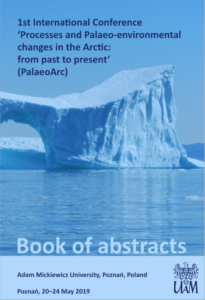 Download the field trip guide by clicking on the link below 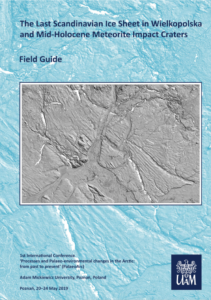 Download abstract volumes from PASTGateway Meetings by clicking on the links below. 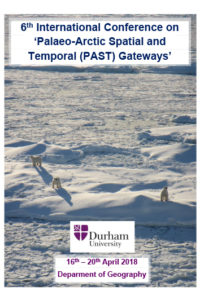 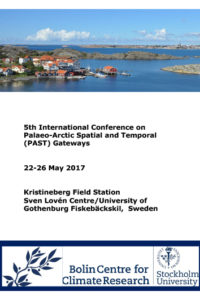 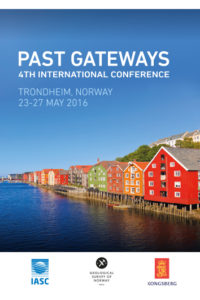 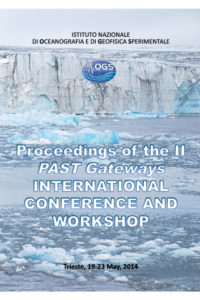 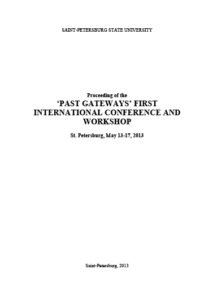 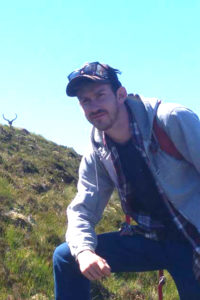 Andy Emery is a PhD researcher and Priestley Climate Scholar at the University of Leeds, UK. Andy is currently studying the controls of deglaciation and postglacial landscape and coastal evolution of Dogger Bank in the Southern North Sea, using seismic reflection data and core sedimentology. Andy comes from a deep-time structural geology background but now has a wide interest in Quaternary geomorphology, palaeo-ice sheet reconstruction, and sea-level changes. 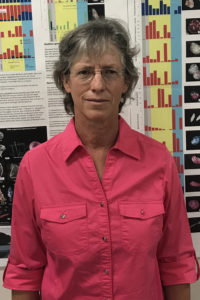 Anne Jennings is a Research Scientist III and Fellow of the Institute of Arctic and Alpine Research (INSTAAR) at the University of Colorado, Boulder, USA. Her research is on Arctic paleoclimate and paleoceanography, ice-sheet/ocean interactions especially on the Greenland margins and in the Canadian Arctic.

Astrid Lyså is senior research scientist and head of the Quaternary geology group at the Geological Survey of Norway. She is a glacial geologist working with glacial history, landscape development in the Arctic and glacial processes, mainly in the terrestrial environment. Current research includes glacial history and environmental changes in the volcanic island of Jan Mayen. 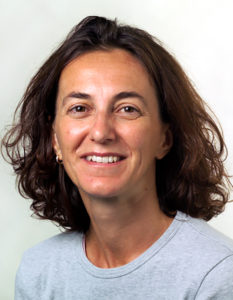 Caterina Morigi is Associate Professor of Stratigraphy and Sedimentology at University of Pisa and Adjunct Senior Researcher at the Stratigraphy Department of the Geological Survey of Denmark and Greenland. She is a marine geologist interested in climate and ocean changes in Arctic, Antarctic and subarctic environments, with a focus on micropaleontology (foraminifera). Current research deals with sedimentary records from the late Cenozoic to the last thousand years, with special attention to short-time climate variability. 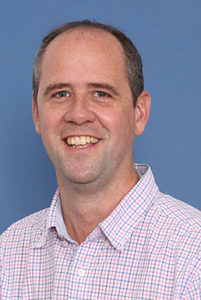 Chris Stokes is a Professor in the Department of Geography at Durham University. His research is focussed on glaciers, and ranges from the monitoring of small mountain glaciers over the last few decades to large-scale reconstructions of ice sheets over tens of thousands of years.
A common theme of much of his work is the use of remote sensing (e.g. satellite imagery), which allows repeat monitoring of changes in present-day glaciers and provides an efficient means to visualise and investigate the landforms left behind by former ice sheets. 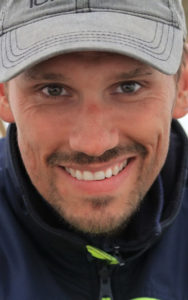 Ívar Örn Benediktsson is a research scientist and adjunct professor in Quaternary and glacial geology at the University of Iceland with a main focus on the dynamics and geological fingerprints of fast-flowing glaciers, as well as on glacier and ice sheet reconstructions. Current and recent research areas are Iceland, Sweden and Siberia. 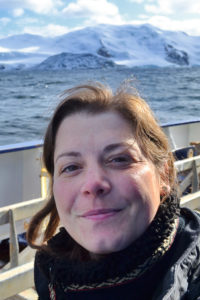 Juliane Müller is currently leading a Helmholtz Young Investigator Group at the Alfred Wegener Institute in Bremerhaven, Germany. She is a marine geoscientist with a strong background in paleoenvironmental reconstructions using biomarker lipids. Her major focusis onseaicereconstructions. 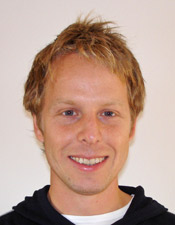 Matt O’Regan is a Research Scientist at the Department of Geological Sciences, Stockholm University, who specializes in the marine geology and paleoceanography of the Arctic Ocean. His research aims at deciphering the Quaternary glacial history of the Arctic Ocean using marine sediment cores and geophysical data; analysing sedimentary records to understand the development and variability of sea ice in the geologic past; and deciphering how key tectonic events associated with the development of the Arctic Ocean are related to palaeoceanographic changes in the basin. 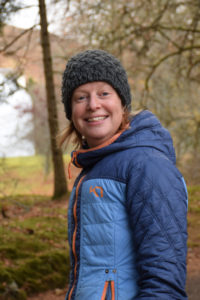 Monica Winsborrow is a researcher at the University of Tromsø, and has a primary research interest is the reconstruction of past ice sheets, working to understand the processes and mechanisms that control their evolution and dynamics, and examining their environmental impacts. She is also the assistant director of the Centre for Arctic Gas Hydrate, Environment and Climate (CAGE). 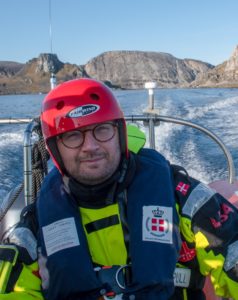 Nicolaj Krog Larsen is a professor of terrestrial Quaternary geology at the Globe Institute, University of Copenhagen, Denmark. His research is focused on the Arctic ice- and climate history, glacial geomorphology and sedimentology, and Quaternary geology and stratigraphy in Fennoscandia. 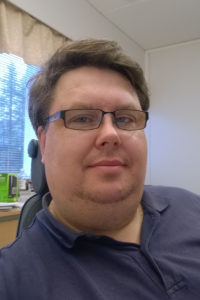 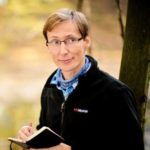